This Saturday, June 18th, Senator Katherine Klausmeier is coming to Masjid Bait-us-Samad. You are invited to come for this program. We will not have a Dars on saturday. Details are below. Program: United Against Hate: Remembering the tragedy in Orlando Date: June 18th, Saturday Time: 7:00 pm – 8:30 pm followed by Iftar/Maghrib/dinner Program: Prayer[…] 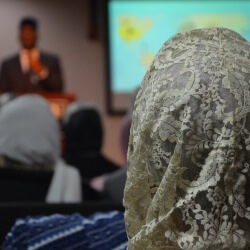 By the Grace of God, we enjoyed a pleasurable evening with our guests at Masjid Bait us Samad. Around 100 guests listened to speakers of different faiths and backgrounds. At the end guests asked questions and enjoyed informal discussion over a light dinner. The program started with recitation and translation of verses from Holy Quran[…] 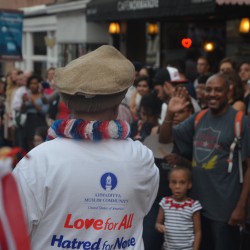 The Baltimore Jamaat made its second annual march on the capital of Annapolis. Alhamdullilah, this year showed market improvement in every respect over last year. Despite a weather forecast which suggested rain, over 4,000 people lined the streets of Annapolis. With a determination, as if we were marching into victory to take the capital city,[…]

The Ahmadiyya Muslim Community is healing Baltimore by giving #FreeIceCream to kids and seniors across all 18-parks of the city. The idea is to simply spread #LoveForAll. Last week, our dynamic State’s Attorney, Marilyn Mosby, visited one of our daily events. CLICK HERE FOR MORE STORIES ABOUT HOW WE GOT THERE This is her video[…] 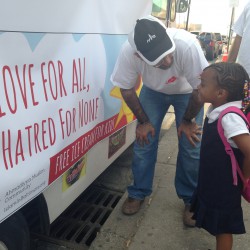 After launching the free ice cream campaign at the epicenter of violence (the junction of W. North Ave and Pennsylvania Ave) The Ahmadiyya Muslim Community, Baltimore’s ice cream truck has now moved! We are going to all 18 parks (and adjacent schools) in the Baltimore city over the next 18-days. Why? To spread the message[…] 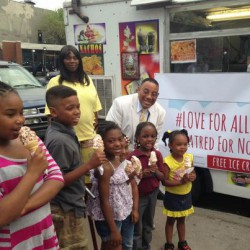 Freddie Gray, a 25-year-old African American resident of Baltimore, died on April 19th, 2015. A week prior, he had sustained severe neck and spine injuries during a police arrest. Then on April 27th, West Baltimore erupted as protests against the alleged “police brutality” turned violent. A CVS was burned, dozens of people were arrested, the[…]

An estimated  3,000 people lined the street of downtown Annapolis to watch the annual July 4th parade. Among the floats, performers, firetrucks and marching bands  was the Baltimore Ahmadiyya Muslim Community. With a platoon of some 15 members, the Baltimore Jamaat marched on  Maryland’s Capital City.  Some members passed out Muslim For Loyaty flyers while[…]